One of the most enjoyable and inspiring books I have read this year has been Sir Ken Robinson's "Out of our Minds"  and my ref... 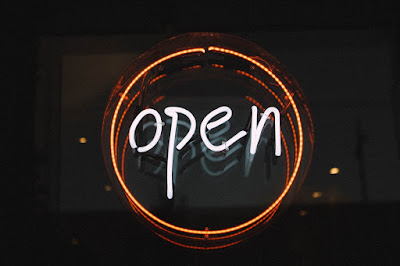 Image by Pexels from Pixabay

I am delighted to see more educators engaging with OpenEducation or at least taking a greater interest in things "open" but I think it would be helpful to have a sort of beginner's guide to the many forms of open which are relevant to educators. I do not profess to be an expert in all things open but, as chair of the Open Education Special Interest Group and as an open education practitioner, I feel I could contribute a little to demystifying some of the terminology which comes under the banner "open". Here goes.

Probably the first term most academics engage with as it relates to academic publishing. Essentially this is a category of publication which is accessible to anyone rather than being restricted to those who are registered with a university. Some publishers require APCs (article processing fees) in order to make publications available to a wider public. For more detail see Jisc's useful guide.  Librarians are often experts in this area.

A term that applies to computer software and how the coding has been created. Open source software is usually created by a community and the source code is shared openly so that developers can build on it. Contributors to open source are not always paid, some do the work as a passion project. There are many examples of open source software which practitioners may encounter such as Moodle, H5P and others. Here's a more in depth article which explains why open source is helpful for teachers and learners.

Often referred to as OERs, these are resources which are shared openly on the internet usually under a Creative Commons licence. UNESCO provides information here about the origins and place of OERs in education.  Many practitioners and institutions create OER as part of a mission to broaden access to learning, such as these from the University of Edinburgh.  Practitioners often share their own resources, known as Little OER (Weller,M) through sites such as Slideshare or social media free of charge, expressing their sharing preferences through a Creative Commons licence.

Open badges are digital artefacts which can be created and issued to recognise participation or activity according to the criteria defined by a badge issuer. They are made up of a digital image which has hard coded data "baked in". Open Badge platforms build on a shared standard which enables portability of badge display for earners and, when used in a learning context, can allow the creation of an ecosystem of badges to support educational aims. Here's the handy badge wiki site to find out more.

OEP, or the act of working openly as an educator, may include creating and sharing OER, using social media to connect and collaborate with learners or other practitioners online, maintaining a digital profile which is visible to anyone online and curating digital resources. This is an emerging activity which is described in more detail here (Cronin,C) and is clearly connected with achieving the aims of open education.
There are other "open..." terms in use out there - for example open data, open pedagogy but these are related to the ones mentioned above so I think this may be enough for a primer! However, here are some additional resources  should you wish to know more.
An introduction to Open Educational Resources and Open Licensing.
Open Education Policy Hub

The recent OERxDomains21 conference has many recordings and resources available openly as part of the #OpenCovid4Ed pledge.
Open Education is a route to addressing the many inequalities suffered by our populations around the world which have only deepened during the pandemic.

Posted by Teresa MacKinnon at 14:24

Next steps blog by Teresa MacKinnon is licensed under a Creative Commons Attribution-ShareAlike 4.0 International License.
Based on a work at http://teresa-nextsteps.blogspot.co.uk/.
Permissions beyond the scope of this license may be available at https://sites.google.com/site/lamodification/home.